What would be your answer to the proposition “A specific reason I use flavored e-liquid in my electronic cigarette product is…”? – This is the topic that Dr Eric Soule, a researcher from the Center for the Study of Tobacco Products of the Department of Psychology of Virginia Commonwealth University addresses in his last with a financial support of the National Institute on Drug Abuse of the National Institutes of Health. There is currently a vigorous debate with regard to the use of flavors in e-cigarettes. E-cigarette enthusiasts pretend that the product may loose its attractiveness compared to traditional cigarettes without the specific flavours -more than 7,000 different are reported in literature- and this is especially the point made by e-cigarette skeptics for whom flavors are appealing the youth to nicotine and tobacco cigarettes.

An endless debate, in fact, since two distinct populations are targeted. On the one side ex-smokers who are switching to a safer habit with e-cigarettes and, on the other side, teenagers who are keen for experimenting whatever is forbidden, from tobacco to alcohol, marijuana,… , and of course the e-cigarette.

Some countries decided to ban certain flavors in e-liquids and to narrow the range to tobacco flavors, only. A position that is discutable when considering that the main target of this regulation are smokers who want to wean themselves out of tobacco. In the USA, most flavors were banned in combustible tobacco cigarettes as a result of the Family Smoking Prevention and Tobacco Control Act but remain legal in e-liquids. Another debate on e-liquids is the presence of flavoring molecules that, when vaporized, are found to be toxic in vitro. When carried out in vivo, the studies with these molecules reveal negative impacts on health but with regard to the relative risk, the specialists to claim that vaping is probably not the safest habit but certainly much less harmful than smoking for people who can’t or don’t want to quit smoking; a lesser evil that it is better to manage than to ban.

In their research, Dr Soule and his co-authors noticed that, compared to combusted tobacco, the e-cigarette offers a wide spectrum of different flavors, some tending to reproduce the taste of single fruits, some others, more complex, resulting from an assemblage of different flavors. They also noticed that the role flavorings play in e-cigarette use, initiation or continued use is not fully established in literature. Then, research is needed to understand how the use of flavorings in e-cigarettes impacts vapers’ perceptions and behaviors.

According to the authors, studying „user-identified reasons for using flavors in ECIG products“ is the first step in the understanding of this emerging behaviour.

They conceived a survey in two phases, where about forty participants were recruited on specialized forums and rewarded for their collaboration with gift cards. The first phase was the „brainstorming task“ during which participants generated statements like „A specific reason I use flavored e-liquid in my electronic cigarette product is…“. The next phases were the „sorting task“ to combine statements in clusters, and the „rating task“ were participants rated their statement with response options ranging from 1 (Definitely NOT a reason) to 7 (Definitely a reason). Finally, the researchers generated a visual representation, a concept map, of the problem.

Two major biases are identified in the study and are also pointed out by the authors: the white (87.0%)/male (58.7%) predominance among participants and their recruitment through to e-cigarette forums make them non representative of the average US vaper, which should be kept in mind when extrapolating the results.

The art of conceptualizing

Concept mapping, the visual representation, is an approach used by engineers to organize and structure knowledge. It represents ideas and information as boxes which it connects with labeled arrows in a downward-branching hierarchical structure. The distance between boxes is an indication of their closeness, their relative position in space gives clouds of similarity that can be explored individually by the researchers.

The typical respondent’s profile was:

Here, it is noticeable that a new definition of a regular e-cigarette user emerges. Compared to the traditional „ever use an e-cigarette during the last 30 days“, the authors determine whether the vaper used his e-cigarette all 30 days during the past month and if the number of puffs was at least 12-15 per day.

114 flavors were identified by the panel and organized into four categories:

The concept map of vaping with flavored e-liquids

A concept map was built with five clusters of statements related to reasons for using flavorings in e-cigarettes:

When studying the ratings, the authors found that the mean statement rating for the Increased Satisfaction and Enjoyment cluster was rated significantly higher (more of a reason for using flavoring) compared to mean statement ratings in the Variety and Customization (t(46) = 2.77, p < 0.01), Food Craving Suppression (t(29)=4.94, p<0.001), and Social Impacts (t(43)=2.28, p<0.05) clusters, but not the Better Feel and Taste than Cigarettes cluster. This tends to demonstrate that Increased Satisfaction and Enjoyment is predominant in the choice of vaping with flavored e-liquids.

Interestingly, participants reporting using nicotine strength below 8 mg/ml rated all of the clusters higher than those using 8 mg/ml or higher. And for participants who reported “dripping”, Increased Satisfaction and Enjoyment and Variety and Customization were significantly more important reasons to use flavored e-liquids.

Flavored e-liquids, according to the authors „appear to improve the experience (…) by increasing the satisfaction and enjoyment associated with use, contributing to the variety and customizability of ECIGs, allowing ECIG users to experience the tastes of desirable foods without eating them, making ECIGs taste and feel better than combustible tobacco cigarettes, and impacting ECIG users’ social lives positively.“

The reasons for a smoker to turn to vaping generally are for smoking cessation or reduction, harm reduction or a lower cost compared to tobacco smoking. To this, the authors identified another reason: to suppress food craving.

Even if this theme is often addressed in discussion forums, this study is the first to report food craving suppression as a reason for vaping with flavored e-liquids. The authors explain that „flavored liquids are perceived as a tool to help avoid eating high caloric foods„.

This converges with the conclusions of an Italian survey that showed the benefit of switching to e-cigarettes is to limit weight gain compared to other cessation methods. Their conclusions were that a better control on weight gain with e-cigarettes enhances the benefit for health of switching to vaping since it reduces at the same time the risks of cancers and of cardiovascular diseases associated to smoking and to being overweight.

How to deal with the results?

This study shows that the perception of users is enhanced with flavored e-liquids that appear „more satisfying, enjoyable, and also appealing for a variety of other reasons beyond changing the taste of the aerosol inhaled during ECIG use„. With regard to public health safety, the authors recognize that flavorings may also represent „additional concerns“ with the potential toxicity of certain molecules when inhaled.

Some statements generated by this study may relate to e-cigarette abuse liability. Nevertheless, alone they do not provide the justification to claim that e-cigarettes are more addictive with flavors than without, anticipate the authors.

Finally, the authors underline: „These statements and cluster themes can provide policy makers with useful information on how the availability of flavors in ECIGs may impact ECIG use.“ They call regulators „to regulate ECIGs appropriately and effectively„, especially for the appeal of vaping for non-tobacco users and, among them, to the youth. 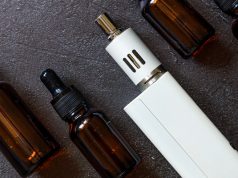 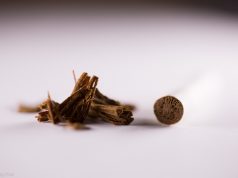 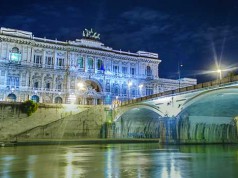 There is also an aspect to senses of taste and smell, that is often overlooked: It is very individual on a biological as well as psychological level.
My own musings on the topic: Fancy Flavors

Our new product revive vape cleaner (www.revivevapecleaner.com) is designed to clean vapes to like new in about 10 minutes, is alcohol free, and eco friendly. 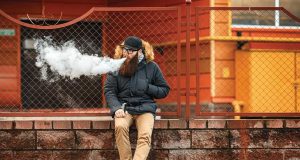 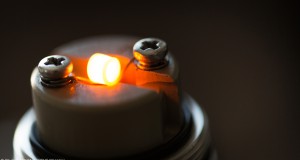 Legal Michael McGrady - Oktober 15, 2021 0
Denver may ban flavored tobacco and vaping products within the city limits. DENVER, Colo. — The largest city in Colorado, Denver, could be one of...

Business Diane Caruana - Oktober 15, 2021 0
Back in 2017, former PMI CEO Andre Calantzopoulos had said that due to the popularity of their electronic devices in Japan and South Korea, the...

Community Diane Caruana - Oktober 14, 2021 0
The focus of the 2021 edition is the tax issue, more particularly, the unsustainability and counterproductivity of the tax on e-cigs put forward in...