The first batch of rejections came in early August 2021, when the FDA announced that it would not even review the 4.5 million applications from the same company, JD Nova, on grounds that they did not include an adequate Environmental Assessment.

It remains unclear what the FDA will do by its September 9th, 2021 deadline, when it is supposed to decide which products will legally remain on the market and which won’t.
At the end of the same month, the agency issued marketing denial orders, or MDOs, for applications related to flavoured vaping products (55,000 from one company and 800 from another), saying that these failed to provide “product-specific scientific evidence to demonstrate enough of a benefit to adult smokers that would overcome the risk posed to youth.”

The agency added that such evidence, “would likely be in the form of a randomized controlled trial or longitudinal cohort study,” though it leaves room for other types of evidence “if sufficiently robust and reliable.”

Given this trend, the industry is growing more concerned and it remains unclear what the FDA will do by its September 9th, 2021 deadline, when it is supposed to decide which products will legally remain on the market and which won’t.

The FDA’s bias is emerging

A recent blog on Competitive Enterprise Institute’s website highlighted that the amount of applications received by the agency was way over the 25 applications a year the FDA initially expected. “Perhaps that explains why the FDA now seems intent on coming up with excuses to issue sweeping denials and whittle that number down to a size it can handle,” reads the blog.

However, it added, these rejections came as a shock to say the least, as over the last six years, the FDA has approved new tobacco products from three companies, for which it was happy to accept more general evidence about the product category’s appeal to adults and youth, as well as their general risks to public health. These approvals included eight varieties of Swedish Match North America’s snus, the heated tobacco product, IQOS, made by Philip Morris, and combustible cigarettes with reduced nicotine made by 22nd Century Group.

“All of this came as a surprise to the vapor industry, which, after years of requests for clearer guidance from the FDA, was never told that the agency was uninterested in more general evidence about the safety of e-cigarette ingredients, products, or their efficacy in reducing risk to adult smokers. One reason they couldn’t have known this is because it isn’t the standard to which the FDA has held other tobacco products that have successfully completed its preapproval process,” read the blog about the applicants who got rejected.

“As the FDA reviews pending Premarket Tobacco Product Applications, the undersigned Attorneys General urge it to deny applications that will exacerbate America’s youth nicotine epidemic and jeopardize our children’s health,” notes the end of the letter, dated August 18, 2021. “In addition to addressing the explosion of high-nicotine, flavored e-cigarette products popular among youth, the FDA should be proactive—not reactive—in its approach to newer nicotine products, such as pouches, gums, and lozenges, to ensure they do not add to that epidemic. Now is the time to take decisive action to rein in all youth-appealing products before irreversible damage is done to the public health.” 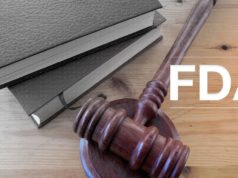 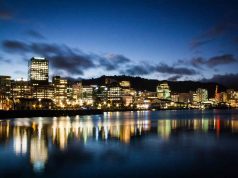 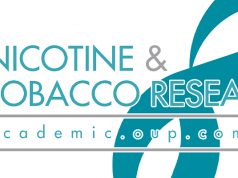